Some progress on my shed.... 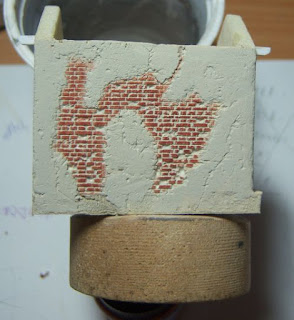 Plaster and bricks were based with light white-beige mix. The bricks were drybrushed with terracota (Lifecolor)﻿ 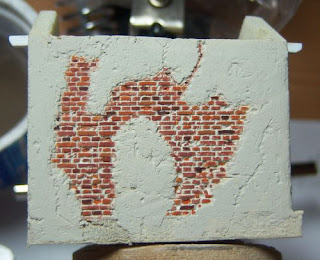 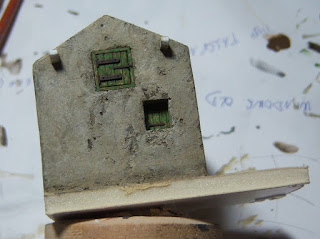 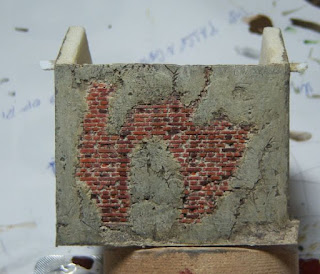 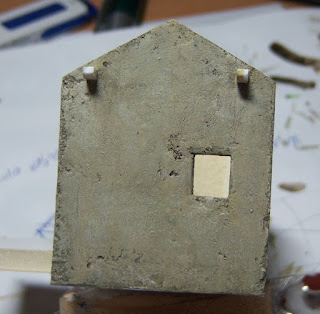 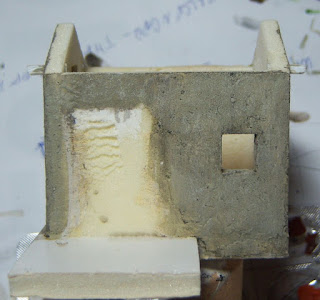 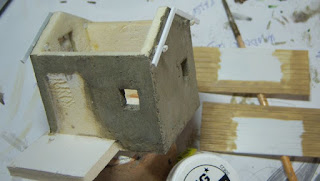 Some beams to support the roof were added (Evergreen styrene profiles). These beams are clearly visible on the photos of real thing. 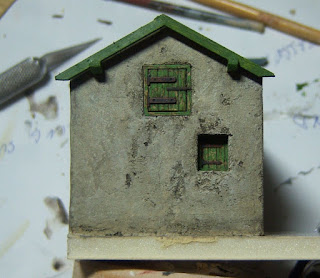 Beams and their supports were painted with basic grey-beige colour, then the "heavy chipping" medium from AK was applied. After it dried, the green colour was applied on it. 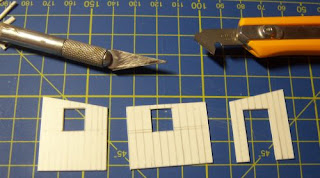 I started to work on the wooden annex in the meantime 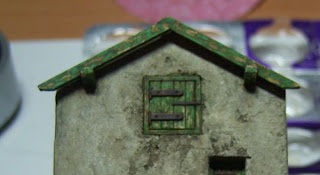 The surface of beams was dampened. Chipping on the beams was done using toothpicks and hard bristle brush. After a few hours of drying, the beams were treated with AK washes. Some small areas were redone with a little lighter base colour.

The dampness and dirt on the plaster is simulated using dark grey oil colours and AK washes. 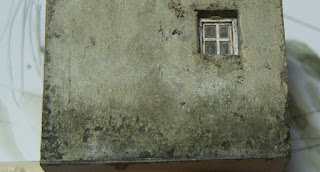 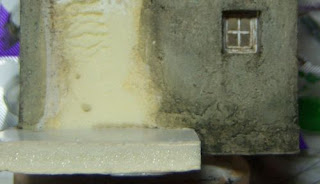 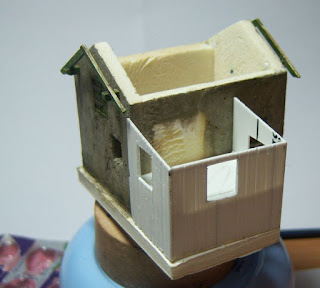 Dry fitting of the wooden annex 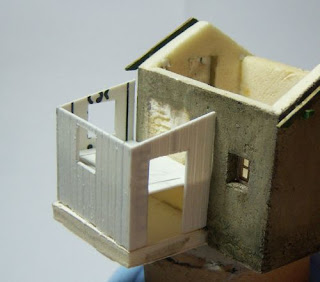 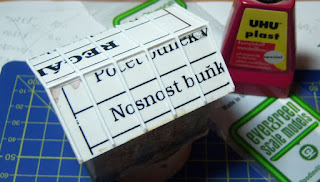 The beginning of the work on the roof﻿ 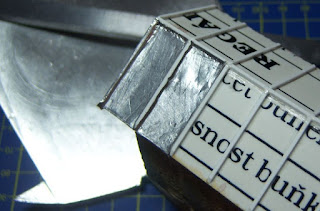 The basic construction of the roof was patiently covered with aluminium plates (from food containers). Now I don´t think that it was the best possible solution. 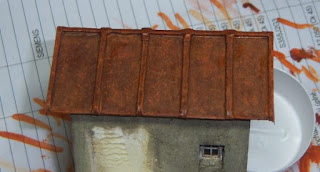 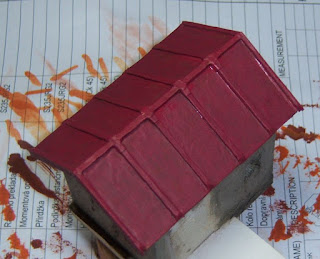 Then the layer of chipping medium and red colour was applied. 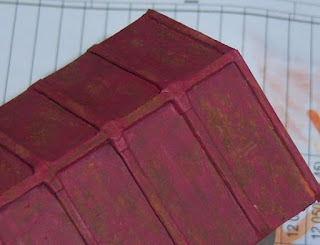 Heavy chipping of the roof 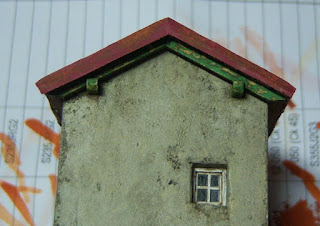 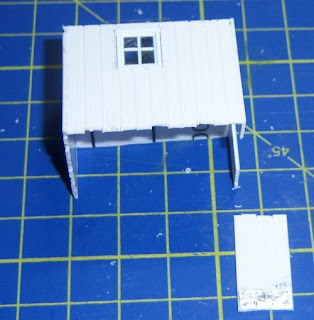 Windows and doors for the wooden annex are finished.
Vystavil Alois Nebel v 23:08