I´ve started a new project in 1/76 scale.
An inspiration came from pictures, which you can see bellow. This will be a minimalistic scene from labor colony. That small house is a shed which was usually build close to workers´ houses. My model won´t be an exact copy of that building. All dimensions are estimated. 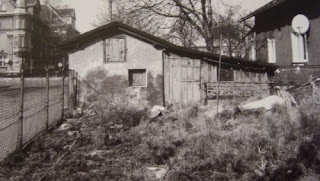 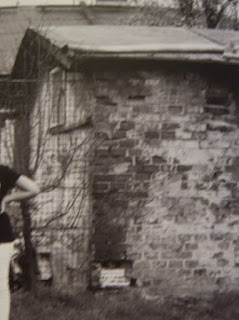 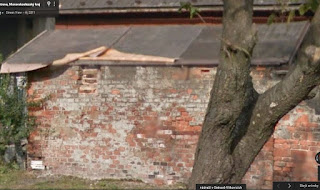 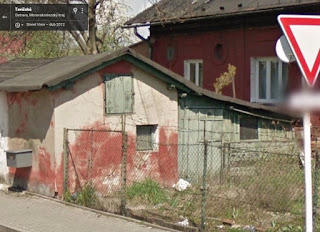 The first task was to make a scale plan of the shed. 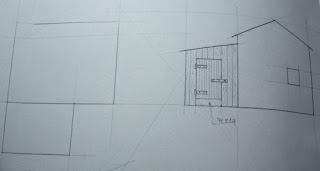 The basic structure was made from foamboard. 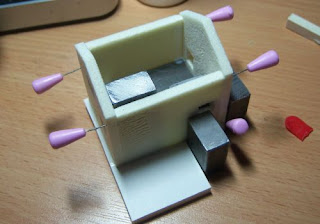 A home-made brick panel was added to one side of the house. The plaster on this wall will be very damaged. Panels are casted from gypsum. The mould was produced by me. Same brick panels were used on my "Water gate" vignette. 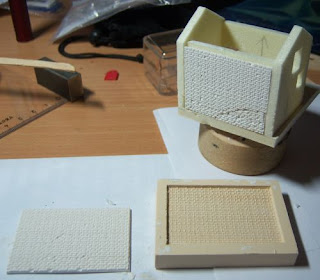 I want the plaster to be rough and eneven. I made a mix of very fine clay and whipped gypsum putty. 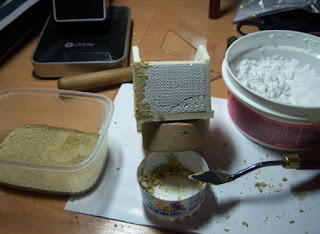 A little sanding with sandpaper ...... 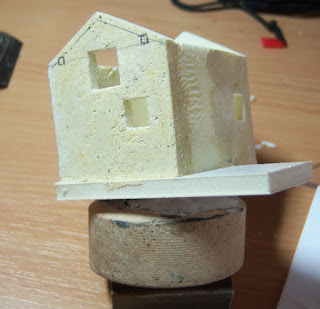 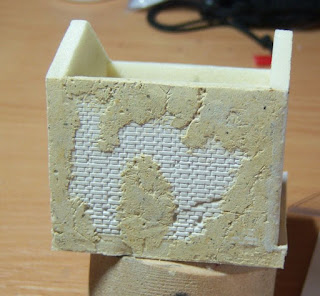 Some bricks were re-worked with a sharp knife and brass brush. 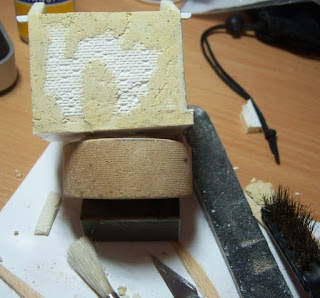 Windows were made from Evergreen styrene profiles and transparent plastic sheets. The magnifier with LED light is a good helper. 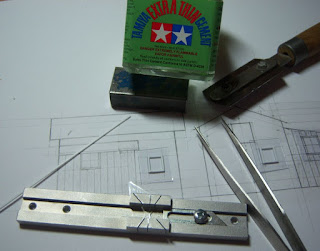 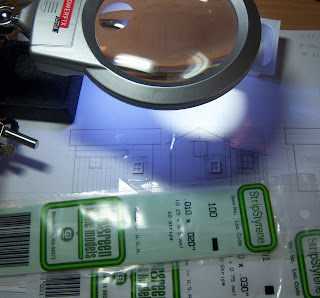 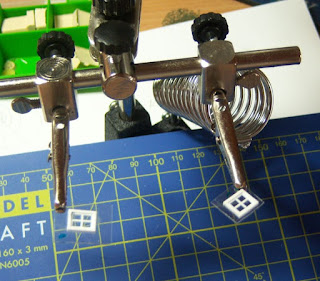 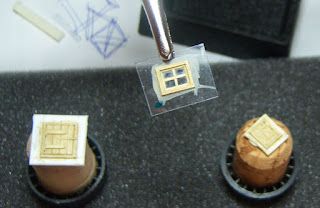 Thats´s all for this moment.